The need for rapid and reliable detection of human pathogens, such as viruses and bacteria, is well recognized nowadays. The pandemic outbreak of the H1N1 Influenza in 2009 is a painful illustration of the deficiency current national and international health organizations have in rapid diagnostics, prevention and efficient therapeutics offered to large populations. If carried out in a clinical environment by highly specialized technicians, the identification of human pathogens is a standard procedure. It could take less than 15 minutes up to several days to produce results, but shorter time to the results means it is more expensive to achieve them. Reliable and rapid diagnostics that would be readily accessible to family physicians would definitely improve the diagnosis capabilities of the health care system. A significant effort has been undertaken by numerous laboratories to address this problem.
High sensitivity of the surface plasmon resonance (SPR) effect to the refractive index changes of the near surface region, e.g., induced by trapped biomolecules, has made the SPR effect especially attractive for pharmacology research. Today, the SPR effect is one of the most often investigated methods for detection of biomolecules smaller than, typically, 200 nm in diameter that have been immobilized at different surfaces.

Fig. 1: Antibody-Antigen interaction
Illustrated here are the antibody (Y shape), the antibody’s specific target (aka antigen; diamond shape), and an unspecific target (circle shape).
When analysing a sample, we want to evaluate the concentration of specific biomolecules, e.g., influenza A viruses. To achieve this, our sensor first needs to recognize the “target”, the virus, from other proteins or molecules. The human body solved this problem a long time ago by using “antibodies”. Antibodies are proteins that bind only to specific molecules, viruses or bacteria. Having antibodies fixed on a surface, only their target will bind and stick near the surface as illustrated in Fig. 1. This is the basic process of “recognizing” a virus by a biosensor microstructure.
The second task required of a biosensor is to evaluate the concentration of a target immobilized at its surface. This represents in our case the optical method of measurement. Using light, we can determine very accurately the refractive index of a medium. For example, when light propagates from a higher refractive index medium to a lower one, it is possible to observe a phenomenon called “total internal reflection” (TIR). At a specific angle, light will be prevented from crossing the interface and it will be completely reflected. This angle will change if we modify the refractive index of the second medium, until it is not lower than the first one anymore, in which case it will become impossible to observe TIR. Measuring this angle allows to determine the refractive index of the medium close to the interface. 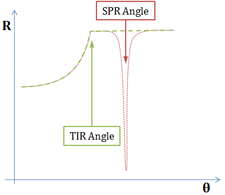 Fig. 2: Reflectivity measured from a Dielectric/Metal/Dielectric interface
As the angle of incidence is increased, the intensity of the reflected beam is measured, producing the red curve with a SPR dip, after TIR occurs.
A more precise assessment of the refractive index at the interface is achieved by using the surface plasmon resonance (SPR) effect, created with a thin metallic layer interfaced with the virus (biomolecule) medium. A very sharp and abrupt drop of reflected light can be observed under specific conditions after the TIR angle, as illustrated in Fig. 2. The angle for which this phenomenon is observed is called the “surface plasmon resonance angle”. The light is transformed into a surface wave of the free electrons at the metal surface (an electro-optical wave), which propagates at the surface of the metal until it is completely absorbed and transformed into heat. This wave is very sensitive to surface conditions: roughness, scratches or molecules very close to it.
To measure the SPR angle, a simple way to proceed is to scan the angles with a laser beam, and measure reflectivity with a CCD camera. At the resonance angle, the reflected intensity will drastically go down, as the energy of the incident beam will be transformed into surface plasmons. The animation in Fig. 3 illustrates this situation.
Fig. 3: Measurement of surface plasmon resonance
Surface plasmons will be produced at resonance within the probe medium, on the other side of the thin metallic layer.
Changing the refractive index very close to the surface will induce a change of resonance angle. When our target is bound to the surface by the antibodies, the refractive index will change and the resonance angle will be slightly modified. As more targets are bound on the surface, the angle will continue to drift until equilibrium is reached, at which point it is possible to determine the concentration within the solution, using calibration curves and models.

Fig. 4: Resonance shift from a different medium
As illustrated here, different probe medium of different refractive indexes will produce a shift of resonance angle.
In summary, the merge of expertise of two inherently different fields, biochemistry and physics, has allowed for the development of basic concepts of this biosensor. With the advancement of photonics and nanotechnology, there is a great potential to fabricate cost-effective SPR biosensors for rapid detection of H1N1 influenza virus (and other viruses). We have been involved in the research that will lead to such a solution and, hopefully, to the installation of SPR-based biosensors in the family physician’s offices, or in the point of care facilities. The goal is to take away much of the unknowns that the doctors have to face in their diagnostics. This, obviously, would increase the quality of life of many and, perhaps, the pandemic influenza H1N1 would be the last ‘pandemic’ disease on this planet.
by Dominic Carrier